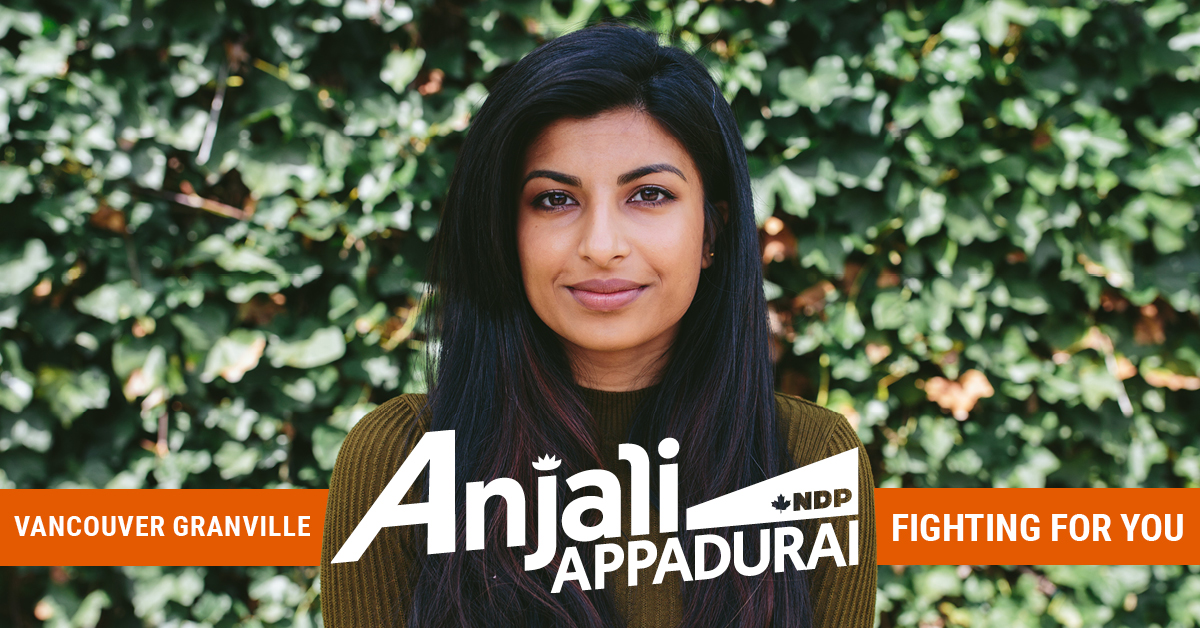 Anjali is committed to fighting for your right to a home.

Housing is a human right and homes are for living in.

As a longtime Vancouver renter, Anjali Appadurai has seen the dramatic impacts of the housing crisis firsthand. Under the Liberal government, rents have spiralled out of control and home ownership has become an impossible dream for so many people.

Together with Jagmeet Singh and the NDP, Anjali has a plan to fix Trudeau’s housing crisis, curb speculation and build 500,000 affordable homes.

As a seasoned advocate for social justice, Anjali is passionate about building a strong safety net, including safe and affordable housing for all.

Through her work at West Coast Environmental Law, the Sierra Club of BC and the Climate Emergency Unit, she’s become passionate about exposing the interconnections of our failing systems – spiralling poverty, food insecurity, systemic racism, inadequate healthcare, the overdose crisis, the climate emergency. And she’s ready to fight for our communities and challenge decision makers to do what’s right.

On September 20, vote for Anjali Appadurai in Vancouver-Granville and elect a champion for safe and affordable housing for all. 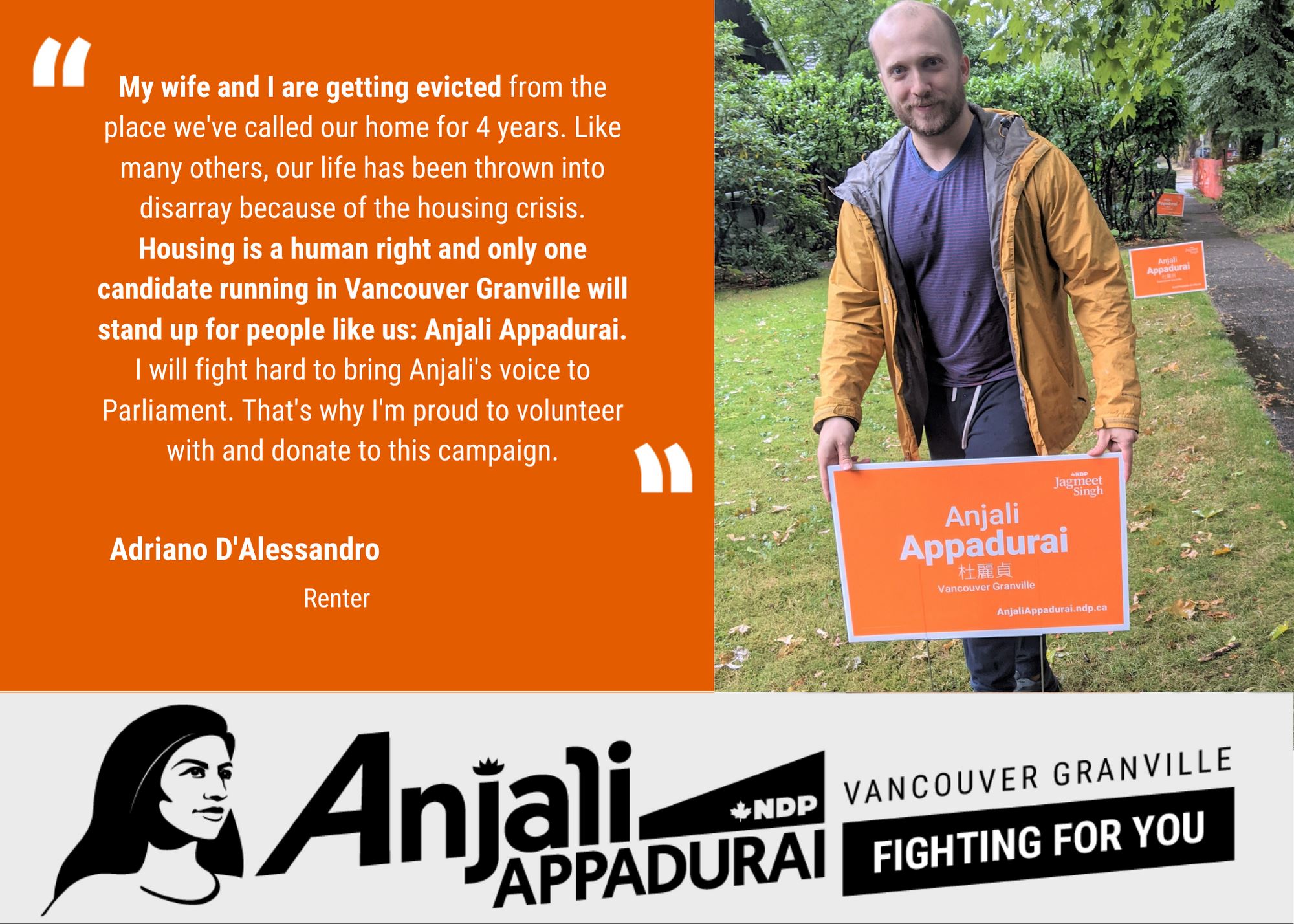 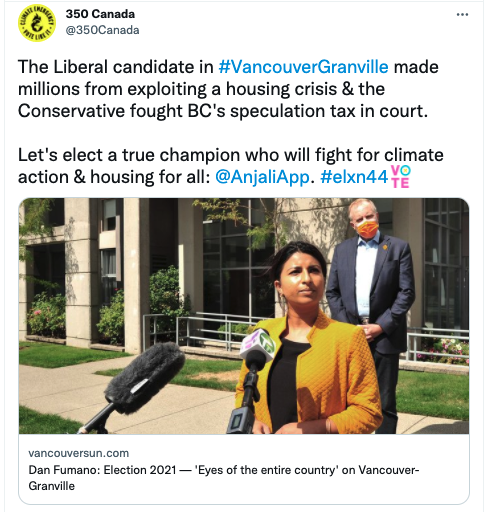